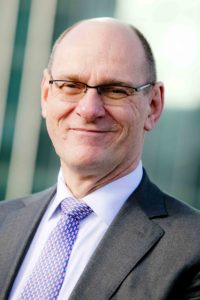 During the period from 1981 through to 1996, Kees worked at Dutch Customs in various positions. From 1986 to 1988 he took the auditor training, after which he worked for many years in the issuing and auditing of administrative / simplified customs and excise rulings within the Rotterdam customs region. He was also the author of several sections of the Customs Manual and worked as a part-time lecturer at the internal training institute of the Dutch Tax & Customs Administration (TCA: Belastingdienst) and at the University of Leiden. He also took specific additional training courses in the area of EU export refunds for agricultural products and became a qualified EDP specialist. In 1995 he moved to consultancy practice, as a consultant in customs & international trade at Arthur Andersen (1995-1997), followed by Bell Davies (1997-2000) and Pals & Van der Laan / Mazars Paardekooper Hoffman (2003-2012). During the period 2000-2001 he worked as Senior Manager Customs & International Trade at Herbalife USA, after which he took a sabbatical. During this sabbatical he assisted with a number of interim customs projects in Taiwan (tariff classification) and South Korea (customs value). In 2012 Kees joined DHK as an independent consultant in customs & international trade.

Kees is a native speaker of Dutch, is fluent in English and has a good command of German.